Please explore this page to find out about the work of SU Tas staff and how God is using them to help give young people and their families hope for the future. 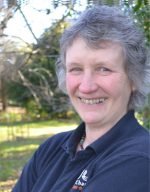 Based in the Hobart office, Jenny has a state-wide role overseeing SU camps and missions, school programs and chaplaincy. She promotes and trains for SU’s ChildSafe safety management system in churches and other community organisations.

Jenny started with SU in Tasmania as a school’s ministry volunteer in the 1980s then moved on to leading camps, writing program material and training ministry leaders. With a background as a primary teacher and qualifications in adult education, she has also been employed in various ministry and management roles. 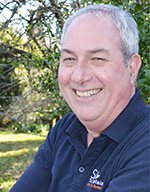 David looks after Finance and Administration of SU in Tasmania and is based in the Hobart office. He has worked for over 30 years in the government, not-for-profit and private sectors.

David’s connection with SU goes back to 1976 when he was at Launceston College. It was there he met David Reeve (a former director of SU Tas) who coordinated the Matric College Christian Fellowship.

David is thankful that God granted him the opportunity to use his skills and experience for his service. 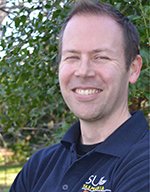 Alan oversees the promotional and marketing aspects of the South Zone of SU Australia. Spending his time working at his current home base in Devonport and the SU office in Hobart, he enjoys the opportunity to partner with staff, volunteers and supporters across the entire state.

Alan has had previous connections with SU through exposure to SU resources as a child and volunteering as a leader at SU Family Missions in the late 1990s. With qualifications in education and graphic design, Alan has held management positions in marketing, publications and fundraising in educational and NFP sectors for over 15 years.

Alan is excited to be using his communications skills for a Christian organisation that gives hope to young people and from which he has been personally impacted. 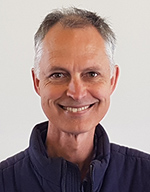 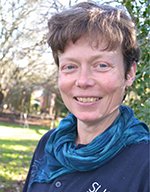 Stephanie is based in Launceston and is engaged in almost everything SU does in the north of Tasmania. Having taken on the role in 2011, Stephanie works in camp ministries, holiday clubs and over 30 state schools in chaplaincy services.

Stephanie’s connection with SU started in 2006 when she joined her first SU Family Camp at Dodges Ferry. Taken in by the SU spirit of this camp, she and her then very small children quickly became members of the SU family – camper, leader, and staff member.

Stephanie has a passion for SU because she believes that together we can make a difference in children’s and young people’s lives – both now and in eternity – by introducing them to Jesus. She holds qualifications in teaching, architecture and journalism, loves the outdoors and is an avid reader. 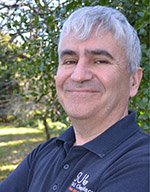 James is our NW Tas Field Development Manager. Based in Penguin, he works with chaplains, schools, and churches and community across the North West, as well as supporting camps, training and assistance for staff and volunteers in his region and as a coordinator across the state.

With qualifications in youth work, James has previously worked as a chaplain in both primary and a high school and is experienced in community and sales, working around the state. He is passionate in supporting ministries that facilitate safe programs, safe people and safe places for young people and families – embracing the SU Tas tagline ‘Hope for the Future’. James enjoys travelling around the beautiful North West and building relationships in the community. 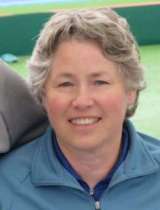 Helen Ridley is the current Chair of the SU Tas Council. Helen has been involved in different areas of SU since 1976 – including beach mission, bushwalking camps, high school ministry and as SU Bible reading rep in different churches.  With experience in teaching, youth groups and soccer coaching, Helen spent seven years as an SU chaplain at a large state high school.  She is now involved with mentoring in the women’s prison and assisting in writing resources for chaplains to use in schools. 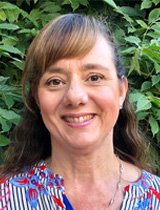 Tania Strong was first involved with Scripture Union as a volunteer on an SU Beach Mission when she was a university student. She has lived, studied and worked in a number of Australian cities as well as overseas. Since returning to Australia, Tania has worked as a Chaplaincy Support Officer for SU Tasmania, has volunteered on SU camps and hosted SU Prayer breakfasts. Tania is married with two daughters and lives in the north of the state. She is currently employed by the Tasmanian Department of Education in a senior teaching role and is actively involved in her local church. 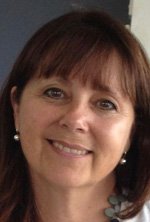 Sally Tibbitts lives in Ulverstone, and along with her husband Wayne, has been a long-standing volunteer with Scripture Union – involved in training events, SU Family Missions, Christian Option Programs in both Primary & High Schools. She has also been a former SU Tas staff member. For 15 years, she was part of the leadership team and on staff as Families Minister, in a local church setting. Sally also coordinated the KidsHope Australia program, and mentored for nine years in a local primary school. She is currently part of the Tasmanian Children's Ministry Network and volunteering with her local church. 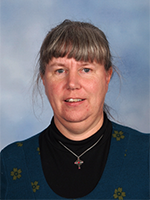 Deidre Dobson has worked as a Primary Teacher for the Education Department throughout her career.  She lives in Burnie and has been involved with SU Tas as a volunteer since 1983 in Family Mission teams, strategy groups, SU Tas State Council and the local chaplaincy committee at her school. 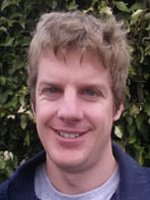 David Atkinson has been volunteering with SU for many years. He has been a leader and director on a beach mission as well as numerous camps and school programs with both high school and primary children. He is currently working as an Engineer in Launceston. 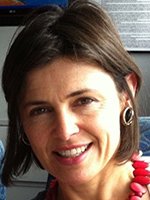 Kate Barnett has been a long standing SU Tas council member with involvement in Scripture Union dating back to her own school years.  Kate lives in Launceston and works as a speech pathologist in schools, she has worked previously in the health sector, and has also contributed within her professional association.  Kate is a former board member of the Motor Neurone Disease Association (Tas) and is active within church, school and other community activities.

SU Tas relies on your help

READ THE LATEST NEWS WITH OUR ENEWS

SU Tas runs a number of camps and holiday clubs throughout July for the people of Tasmania.

Where it’s needed most

Your gift will help us to grow the work we do, bringing hope to a young generation of Tasmanians.

Happy 2022 Everyone! Don't forget SU Tas has a great line up of Summer camps, clubs and missions happening all over Tassie in January. Interested? Go to www.sutas.org.au/camps to find out more 🙂 ...